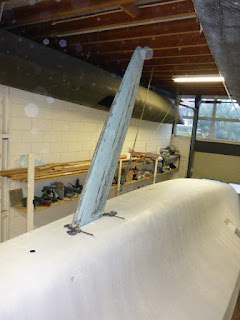 In the morning I directly started with unpack because I was very curios about the result. After lifting out the dagger board out of the mold the result was promising. I did cut the carbon away with was coming out of the middle on the edges, after some sanding by hand the result looked very good.
I than did a trail fit in the dagger board case to see how much room I had still left for the other two layers and I have room enough so I don't have to weary about that. The dagger board has not much room to the sealing to get it in.
I then drilled the holes for the control lines, this was not easy because you have to drill to all the carbon UD layers. When I finally cut threw, I clued some tubes in place.
While that was drying I started to make a begin with cradle for the trailer like Phill did made for his F85SR. I tape the holes and I cut some glass fiber and some other pessary stuff.
Tomorrow we go further with the dagger board. 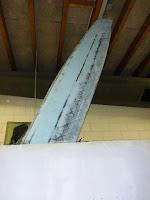 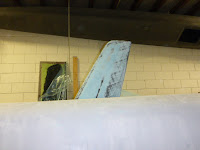 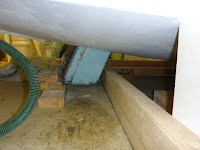 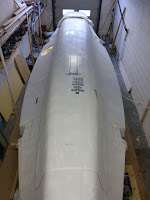 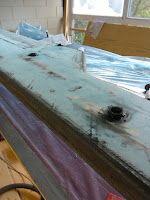 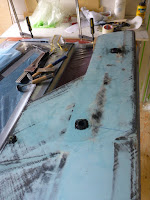 What are we building

F32R aft cockpit version with aft galley and build in carbon and some 32SR features like foils and daggerboard. The enterance to the head area wil be in the back 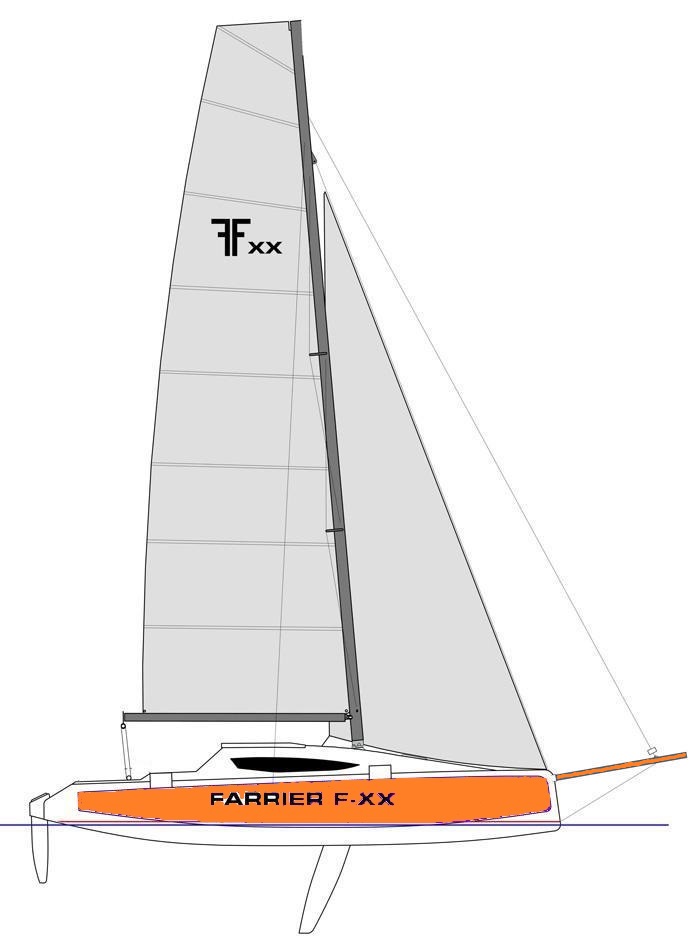